E-commerce: Increase sales by creating a sense of urgency

TL;DR Generating urgency through a range of e-commerce tactics taps into human behaviour and the value we put on completing a task before the arbitrary time limit runs out. Conversion rates are increased and, therefore, extra revenue generated so read on to uncover the techniques you can’t afford to leave until tomorrow.

Social media gave birth to the acronym FOMO but e-commerce stores have adopted the concept to drive sales.

The internet is rife with tactics to tap into consumers’ fear of missing out, thus creating a sense of urgency. The result is a boost in website conversion rates through increasing purchase intent.

Scientific research has shown that we are all drawn to completing tasks which have a level of urgency. The Mere Urgency Effect reports that humans even value urgency over importance.

Below are examples of the different methods brands are using and we have pulled them together to provide you with ideas of what is possible and what you might want to consider for your online store.

Amazon’s Prime offering with the wording ‘want it tomorrow…order within x hours and minutes’ works fantastically well and, like most things the e-commerce giant does, it considers the value to the customer first. The purchase might be for a near-forgotten birthday or other emergency, for example. 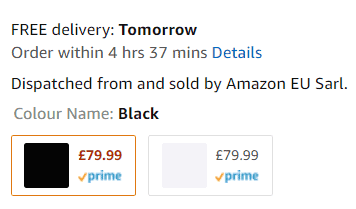 You might not be able to offer next-day delivery so think about how you could build a sense of urgency into your website.

If you’re a fashion retailer, can you guarantee the customer a Friday delivery ahead of the weekend – and a big night out – if they order by a certain time? Can you offer free delivery to cart abandoners within a follow-up email?

Recent research conducted in America shows that three-quarters of customers expect free delivery – so make sure it’s part of your offering, particularly as online shopping continues to grow and becomes more competitive.

Another method is to create scarcity for a product by displaying the number left in stock. Travel operator TUI does this with a clever change of text colour to red, acting as a warning that rooms are being booked fast. Red is considered to convey a sense of urgency and directly taps into the fear of missing out. 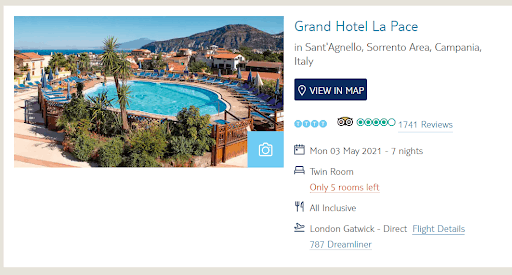 High-end shoe brand Jimmy Choo displays the number of items left in stock – including when products are out of stock – after customers select their size. 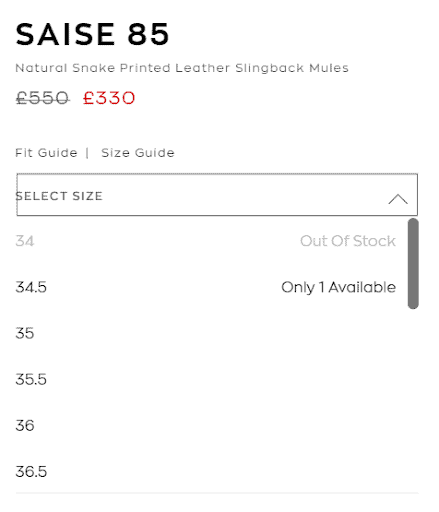 Displaying the ‘out of stock’ message is another neat tactic which assists with customer service. Customers can’t make an order and then be left disappointed at a later date and some websites provide the option to receive an alert once the product is back in stock.

The best way to display stock levels on your product pages is to integrate your e-commerce platform with your back-end inventory system. That way the two marry when sales are made without the need for manual input.

This can be particularly useful for businesses with both B2C and B2B operations when large orders make a significant dent in stock level numbers.

Countdown clocks can be used in a variety of ways and Shopify provides a plug-in which can, in the right circumstances, create this sense of urgency.

Norfolk’s Fur and Feather pub and restaurant, owned by brewery Woodforde’s, uses a countdown timer when customers move through the online reservation system, which is powered by third-party service OpenTable. 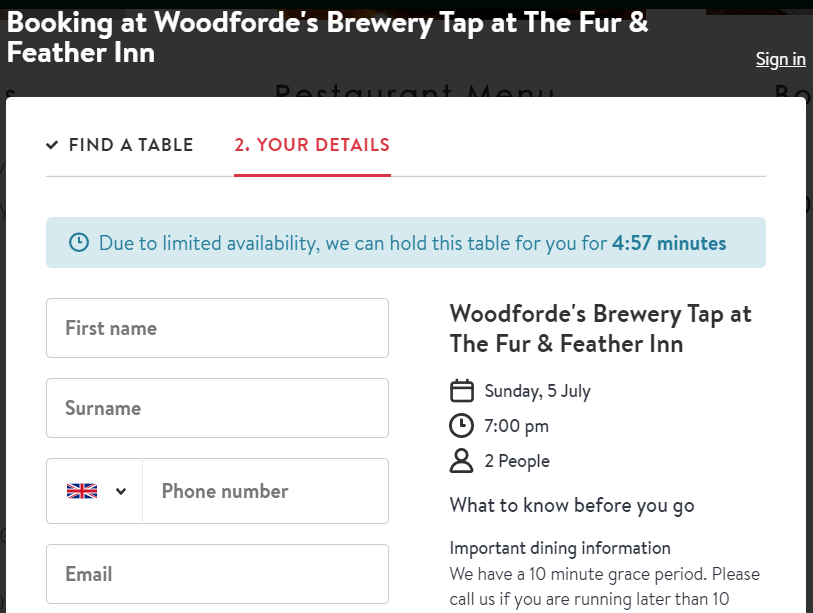 Travel operators and airlines will often use a similar tactic but attached to the cost of a trip – buy today and a lower price is guaranteed. This works well in industries accustomed to flexibility within price.

Not limited just to your website, this countdown approach can also be applied to events and sent to email subscribers. Train operator Great Western has previously taken this approach when pushing ticket sales for Glastonbury. 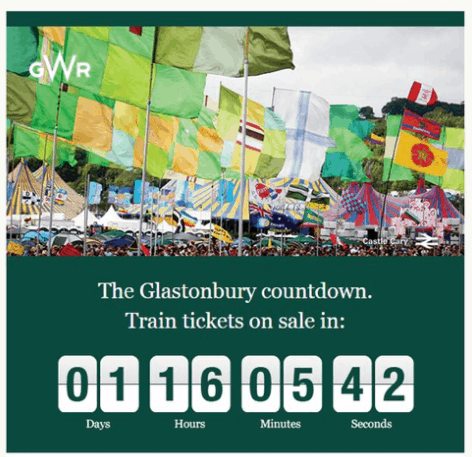 Sales are a staple of retail to offer discounts on discontinued lines or entice people with seasonal promotions, and the last few years has seen the likes of Black Friday and Cyber Monday become highly anticipated dates for many in the hope of picking up some pre-Christmas deals.

Unlike in physical stores, where sales might require a breadth and depth of planning and to run for a decent length of time, retailers online can run sales quickly and in short timeframes. Platforms provide the option to create a sales price between set dates and times and a click of a button can switch this on and off, leaving you in full control.

Another common tactic is to provide an offer of the day. Amazon’s deals of the day are a good way for consumers to pick up a bargain and the site uses a countdown timer to drive home the message of limited time.

These flash sales can be pushed out to customers via email and social media, and should be combined with cross-selling techniques to increase revenue further.

Another tactic adopted by TUI is to generate a sense of competition between customers by displaying how many people have recently viewed a hotel. This heightens the feeling that customers should get in quickly before their chosen destination is taken. 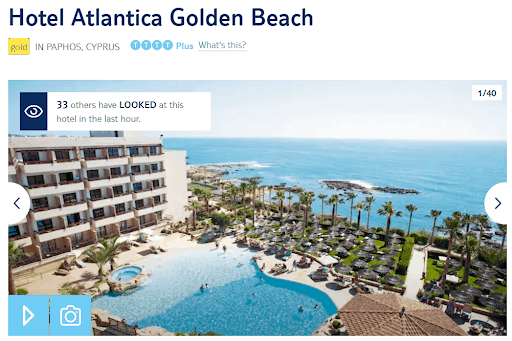 This tactic also taps into the notion of social proof: if others have looked then it assures us.

OpenTable goes one step further by displaying the number of bookings a restaurant has received, providing a sense of popularity and, therefore, quality. 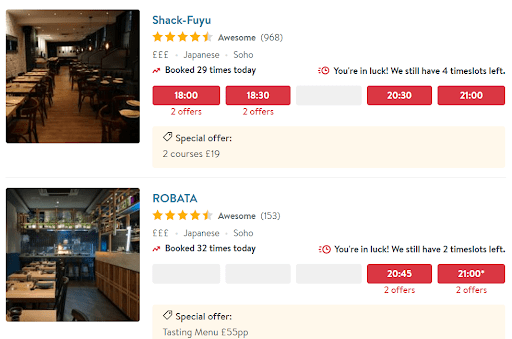 An e-commerce website should never stand still and a range of subtle tactics are available to create urgency and drive sales.

Some might view these as pushy but, in contrast to an overbearing salesperson standing at your side, the beauty here is that these approaches are focused on the customer, who retains complete control and benefits from receiving extra information.

Often, if a customer likes what they see, they just need a gentle nudge to buy so don’t shy away from giving it to them.

To keep improving you need to continually sharpen the saw. We run events across the UK to share knowledge, encourage peer to peer learning and to help you, our customers to stay one step ahead of those around you.

Here is a sneak peak of some of the events we have coming up next.

Shopify Plus is the gold standard for e-commerce so what are the key benefits?
Learn more
Previous
Next